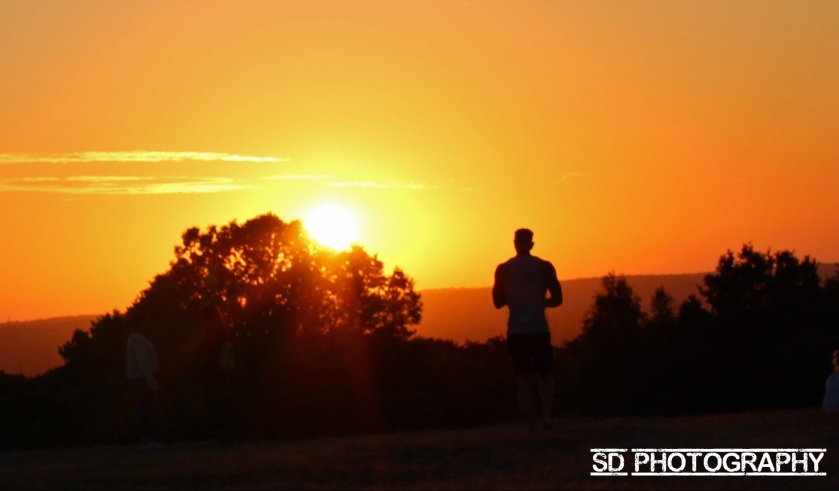 I’m not really sure what is happening to me this week. For those of you that don’t know (why would you?)I’m about to move, this marks the end of a very long chapter my life. The final run of packaging takeover the box of closure to be put into storage. It’s a time I have been patiently waiting for. Truth be told I have been held in a state of limbo for 18 months. Not being able to relax in my own home has taken its toll on me. Imagine, every time you hear a car coming down the road you twitch into a meerkat like state of alert or coming home and knowing someone else has been in and moving around the place. This behaviour, for one reason or another I have had to endure. It’s been far from nice and the worst thing is knowing my daughter is there watching her dad never be able to relax or unwind, always tense.

But…we are virtually there now and the realistic thought of closing that door behind me for the last time is amazing. Naturally it’s tainted with sadness, 18 years this has been my home but as we know, change promotes growth and that’s what we want isn’t it, to grow, to develop. Yet even with the finishing line of the mental horrors from the last two years in actual touching distance, the brain and my emotions still manage to catch me unawares.

Imagine this, you have an entire life to sort through. Years and years of intertwined memories and experiences. Things you forget about. I had a couple of boxes to sort through, mainly paperwork, a nest of cables, tonnes of NBA trading cards (one quite special one oddly missing..?) but the thing that got me was a folder of keepsakes from my daughter. All the normal stuff like fathers day cards and a load of notes that I used to put in her packed lunch that she kept. Straight away just looking through those put me on the ropes but as always, the big guns took me down. The grand royale of knocking you sideways, the photo albums. Flicking through those those physical visual memories done me. I was gone. For some reason a photo, a real photo in your hand seems to have about a billion times more emotional power than just looking at your screen. Maybe its because you took the time to actually get in printed? You liked an image, a moment in your life so much that you turned it into a physical possession. So I won’t lie to you, I was done, the tears were thick and fast. Going page by page through photo albums removing and destroying those images I just didn’t want to remember anymore. What really tipped me over the edge was seeing those pictures of my daughter so much younger, seeing the three of us as a unit doing stuff and the innocence of her. I think thats the power of photos, they capture a moment that’s rarely taken for a negative reason. I mean who in the middle of an argument stops and says “Wait wait, lets capture this” We don’t, photos are taken for remembering those moments we live that we want to be reminded of. I guess that’s why looking back at them, not through negative eyes but maybe..cold eyes; it’s sad. It’s very sad actually and even now, a grown man in full control of his emotions was reduced to a blubbering mess instantly. That’s a good thing though, I’m not going to deny myself of these emotions and moments. Let them out when they are there or they will only resurface as something different. Release them there and then, it acts like a pressure valve and it frees you, it certainly freed me. I woke up the following morning feeling a hell of a lot better. I had felt myself putting up a bit of a people buffer of late. Just to keep everyone at arms length as I tackled this last bit. Not a defensive barrier just something to enable me to focus. It is a journey that only I need to be on, this is to be my closure.

I’m not afraid to take anything on by myself now not that I ever was but with this subject I have to take it over the line alone, it feels right to do so. The last piece of the jigsaw, well maybe not who knows what last minute curveball life could throw my way? The difference now for me is I actually embrace it. I don’t run from whatever is on my plate, I simply pick up my knife and fork. Learning to trying not to steer the things happening in your life or the decisions of others is a huge leap in making processes like dealing with moving under these circumstances so much easier. So I think the important thing for me this week was the instant recognition that I knew it was going to be tough and instead of shutting down and isolating myself I actually took the time to say to those close to me, “Hey this is really quite tough on me at the moment  but it’s something I know I must do alone so please be patient with me”. I had to be upfront and honest with the nearest and dearest because the last thing I would want is any other them to think I was upset with them or them to take it personally. My past track record would have been exactly that. This is a prime case of my personal development and growth.

It’s all bit surreal though, such a large chapter of my life winding up, it’s the first time I have had to really deal with something like this from this perspective and it really isn’t nice but I know I’m not alone. How common is this scenario? Sadly very, all too often relationships end but the bottom line is that a relationship that has done so for one reason and one reason alone, because it was meant to. There was something, maybe many things there that weren’t right and all the pain and upset are necessary in taking you forwards, making you stronger and more adaptive. So if you feel that something isn’t right; I can tell you now you’re more than likely right.

So now as the packing boxes come out I will be traveling light into my next chapter, both in materialistically and mentally. I don’t really want much of this period to follow on with me into the next phase of my life. Leave the past in the past, take the memories, from time to time you’ll think back on them, maybe be reminded by something and you may even smile and that’s ok. That’s healthy. I guess what I would say is if you are going through something like this or if you have been through this and it continues to affect you, let it go. You don’t have to let any negative influences from your past infiltrate your present and future. After all going through this stuff is what has made you the amazing person you have developed into today and likewise don’t deny yourself the good memories either, it all played a part in developing you.

It’s madness though really isn’t it? You can go through a full spectrum of emotions. As you hurt, recover and heal you break down barriers, establish new boundaries and experience amazing growth as a person all to have it temporarily torn down by a photo! Another example of life mixing it up as and when it chooses to, but ultimately the process of sorting through everything has been positive, if anything its been soul cleansing. I guess the moral is that its ok to have things upset you and its ok to have things from the past that you didn’t want to think about again make you smile, even if only briefly.

That’s all part of being human and its nice to be reminded from time to time that we all are.