Sega, you might have heard, is releasing its own tiny retro console later this year, in the form of the Mega Drive Mini. Aheda of its launch on September 19th, the company has now revealed another ten games to be stuffed in its innards.

When the Mega Drive Mini (or Genesis Mini for those of you yonder) was unveiled last month, Sega confirmed it would include a total of 40 16-bit games for nostalgic sorts to savour, all handled by M2 – the team responsible for the Sega Ages series. And as an extra treat, Streets of Rage composer Yuzo Koshiro will be responsible for the menu music. 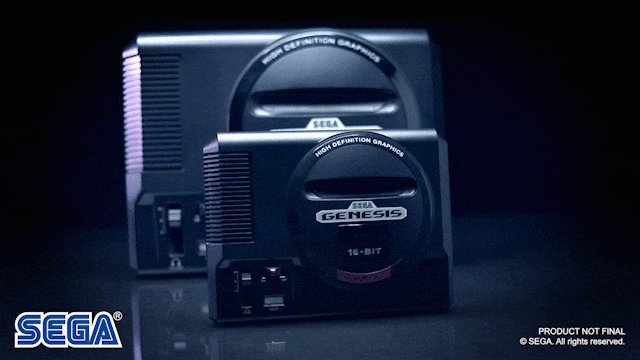 For those of you that also enjoy your lists in more easily readable, digestible form, here’s the full run-down of all 20 games revealed so far:

The Mega Drive Mini (which is based on the original Model 1 design, just 55% smaller, if you’re curious) will retail for £69.99/$79.99 USD when it launches on September 19th. Alongside the console and its 40 games (with four save slots available for each), the package will include two replica three-button USB Mega Drive controllers, a USB to Micro-B power cable, and an HDMI cable. Those lucky sods in North America, meanwhile, also gets a power adapter.