The best arcade games of all time usually have the same qualities. They’re simple, clever, difficult, and insanely addictive. In the 80’s and 90’s, they kept us glued to the screen, popping in quarters one after another in a desperate attempt to defeat the enemy or obtain the high score. But, it wasn’t easy. These games were incredibly frustrating and that only intensified our desire to win. So, out of all the arcade games, which ones did we keep coming back to? Get ready to press start because here are the 25 Best Arcade Games Of All Time. This classic released in 1981 by Williams Electronics, Inc. was considered a flop even though it was incredibly popular. In the game, you’re defending the human population from a swarm of aliens. It’s noted for its considerable difficulty, making it rather addictive.

This game released in 1982 by Atari had the player digging through the ground and destroying their enemies with an air pump or by dropping rocks on them.

This military action game by Capcom was released in 1990 and had one to three soldiers fighting their way through rough terrain to rescue the President of the United States. You could easily use up your cup full of quarters playing this action packed game. A 1996 racing game by Midway Games, it included up to four seats, letting you race against other players or just the computer. The number of cars, locations, and gameplay combined made this a top attraction at many arcades at the time. This Mortal Kombat-esque arcade game saw dinosaurs fight each other in a brutal and bloody battle to the death. With fun graphics, a variety of moves, and a fun premise, this game released by Atari was a blast to play with friends. Released by Midway in 1991, the controller looked like a machine gun. If you were a kid in the 90’s, you likely saw this arcade machine everywhere. Trying to kill all the terminators proved difficult but was still a lot of fun. This 1995 Atari shooter with two handguns as controllers has a fairly simple premise – kill the aliens. Still, this simple game proved highly addictive. This platformer classic from Williams Electronics had players take control of a knight riding on an ostrich as they jousted against their enemies or other players. While one-player was fun, the two-player combat was much better. Similar to Area 51, this addictive shooter had a unique feature of stepping out from behind walls by pressing on a pedal. If you needed to reload, you had to hide behind the wall again. The added intensity of the game made it pretty much impossible to stop playing. It produced several sequels due to enormous popularity. 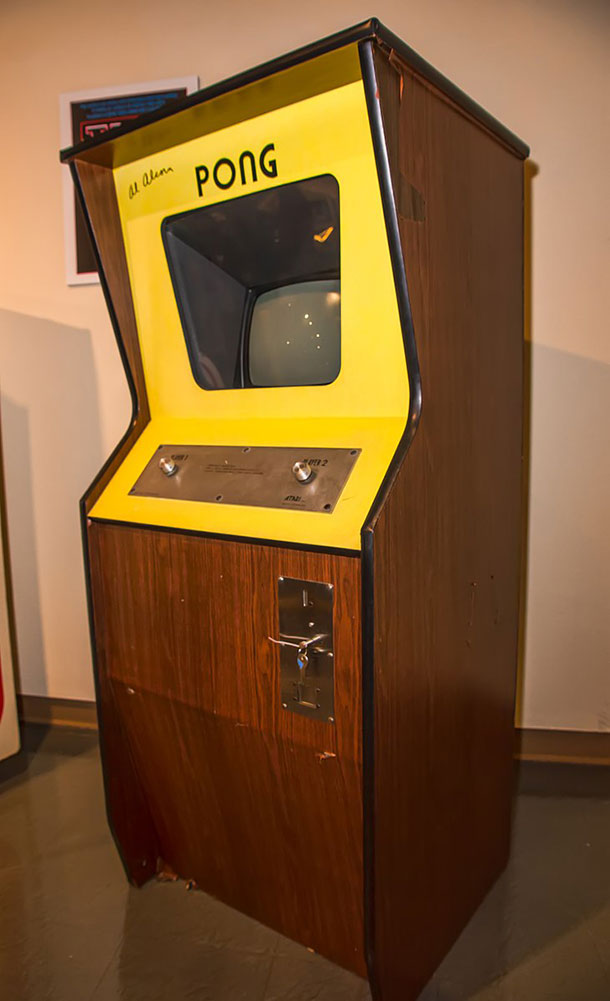 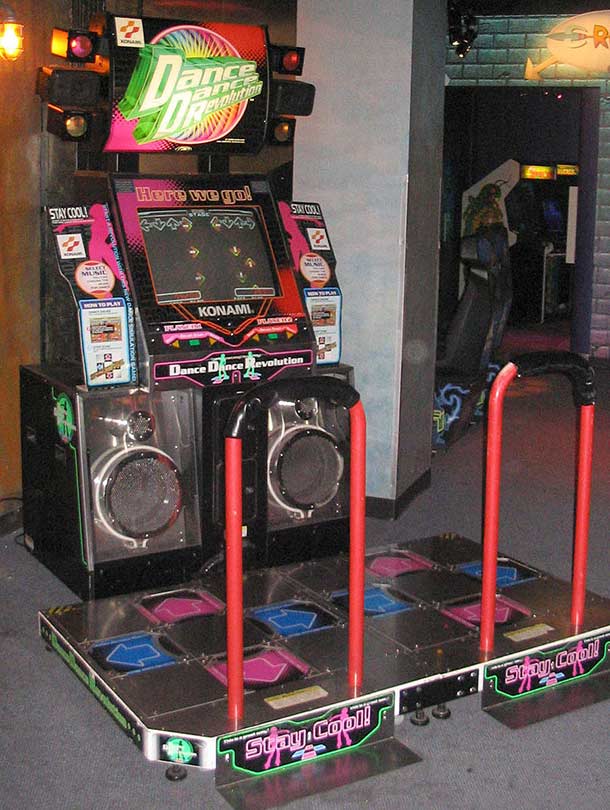 On its release, this game became a massive sensation, reimagining what arcade video games can look like and how they can be played. It’s also a really great workout if you play it for a long time. 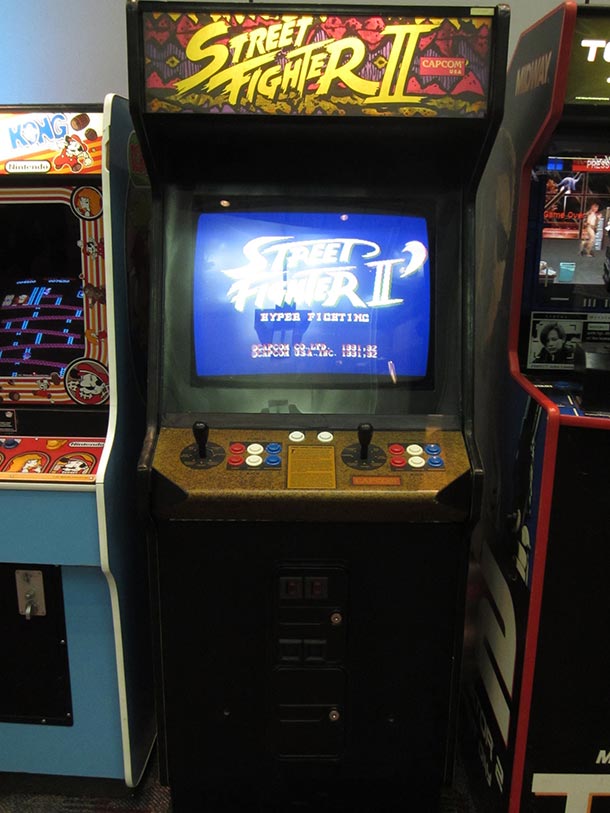 When it came to arcade fighters, few could compete with this action-packed game from Capcom. With a number of great characters, cool locations, and the infamous “hadouken” move, this game revolutionized video games in the 90’s. 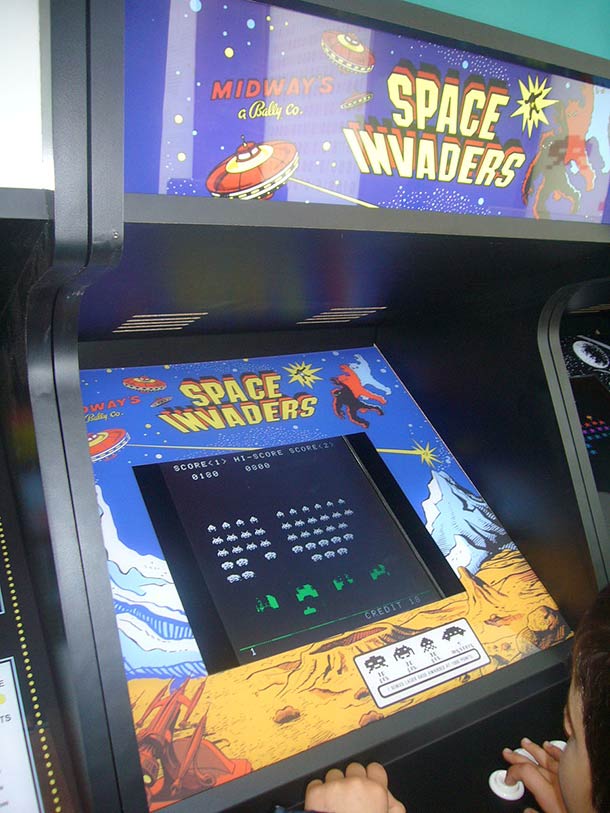 This 1978 Midway classic had players shooting as many aliens as possible before they reached the bottom and destroyed you. It wasn’t always easy, but it was certainly fun. 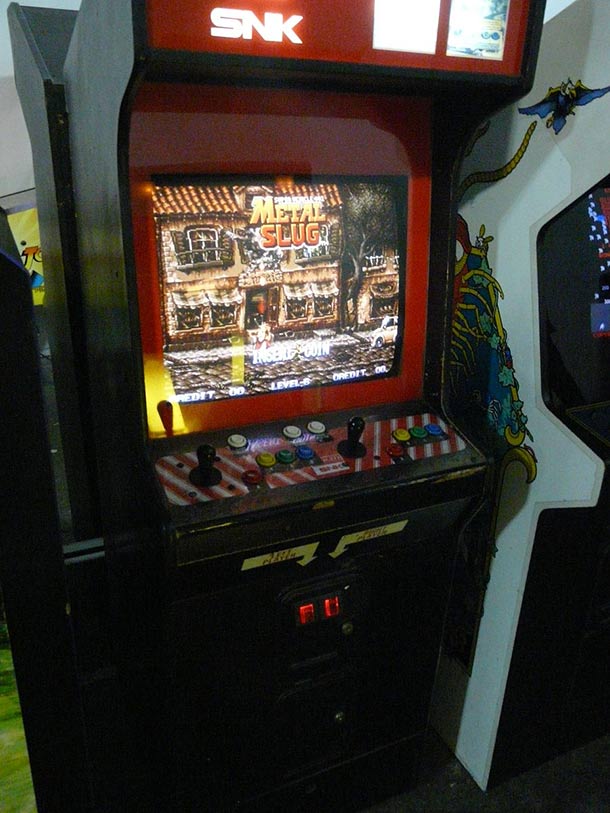 Full of explosions and destruction, this beautiful World War II military action-adventure from SNK has you trying to defeat the evil General Morden. Using tanks, bombs, and high-powered machine guns, you’ll fight your way through several locations before taking on a giant soldier at the end. 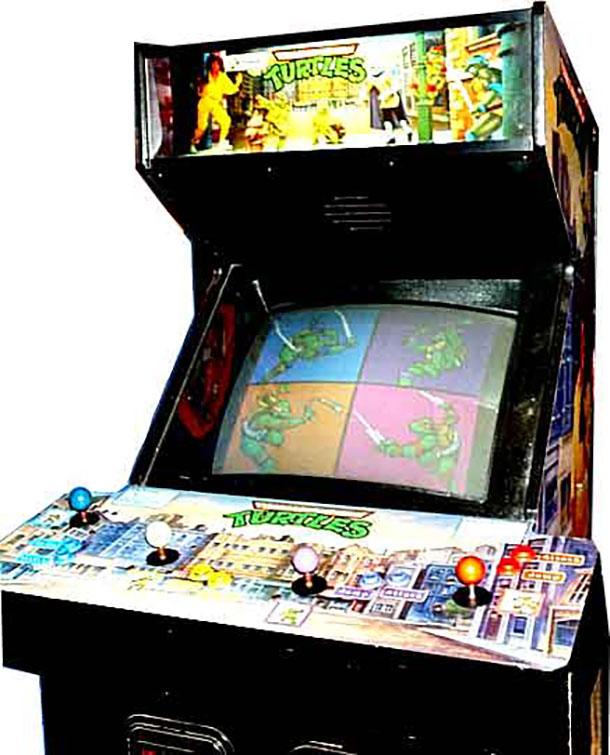 This arcade game from Konami, which was ported to the Nintendo Entertainment System, allowed four players to fight against the foot clan, Bebop, Rocksteady, and Shredder in an attempt to save April O’Neil. From the catchy music to the addictive fight scenes, this is certainly one of the best TMNT games of all time. This 3-D fighter game released in 1994 by Namco is similar to Street Fighter but stands apart for its fluid movements and fighting components with the ability to create unique combos. It also grew to include many sequels, improving on the original. 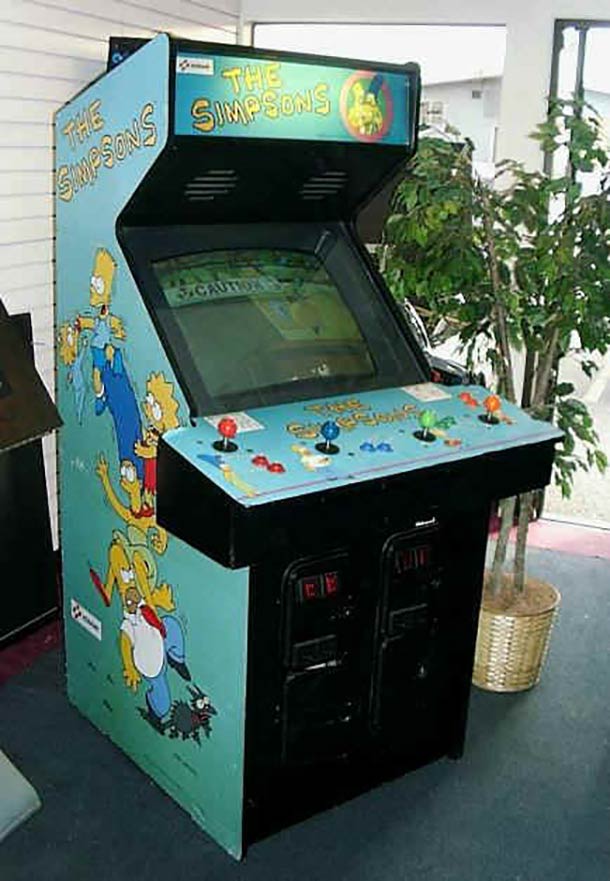 A 90’s arcade wasn’t complete without The Simpsons machine. Released by Konami in 1991, four players can taken on the role of Homer, Marge, Bart, or Lisa Simpson with the goal of saving Maggie and recovering the diamond. 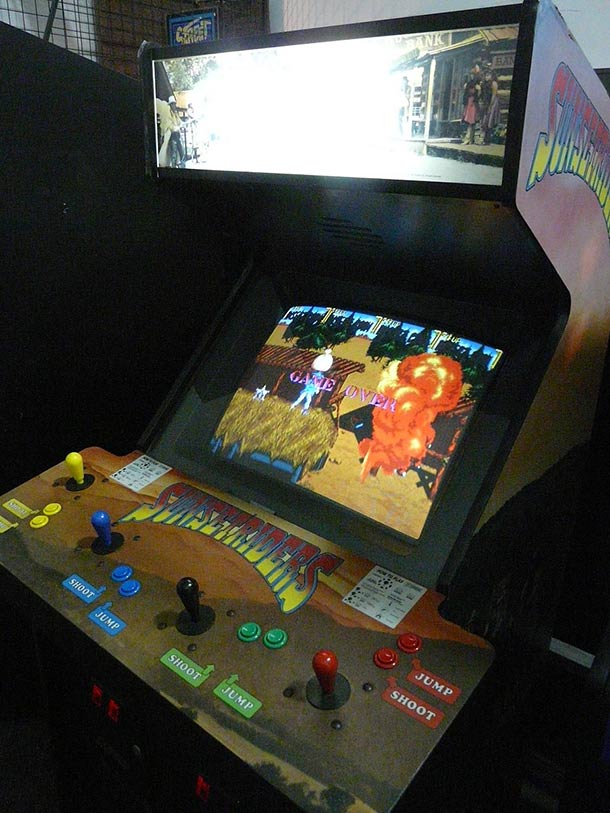 This game from Konami was a cowboy, side-scrolling, shoot’m up game, allowing four players to take on saloon bosses, ride after trains, and avoid stampeding cattle while hunting down high-paying bounties. This massive machine allowed up to 6 players to take on the role of Wolverine, Cyclops, Storm, Beast, Nightcrawler, Colossus, or Dazzler. If you loved the 90’s X-Men cartoon, then you likely loved playing this game even when the difficulty level became nigh-impossible as you went along. It’s hard to play a more classic, fun, and addictive game than Pac-man. The concept is easy – eat as many dots as possible before a ghost catches you, but as the game progresses, you’ll find avoiding the ghosts an increasingly difficult task. A Namco classic, whenever you think “arcade,” it’s likely this game that immediately comes to mind. Playing a spaceship, you fight countless aliens as they create various formations and fly at you. All you have to do is move left and right and fire, but it’s not as easy at it sounds.

Playing a contestant on a reality TV show, you tried to get rewards, cash, and keys all while fighting off hordes of enemies. This fast paced and difficult game was also notable for its bloody deaths. As far as arcade games go, this is the holy grail. The game was known for using a laser disc and contained animation from former Disney animator, Don Bluth. In it, you play Dirk the Daring on your quest to save Princess Daphne from Singe the Dragon. You don’t control Dirk, but are faced with options and have to make the right decisions to survive.