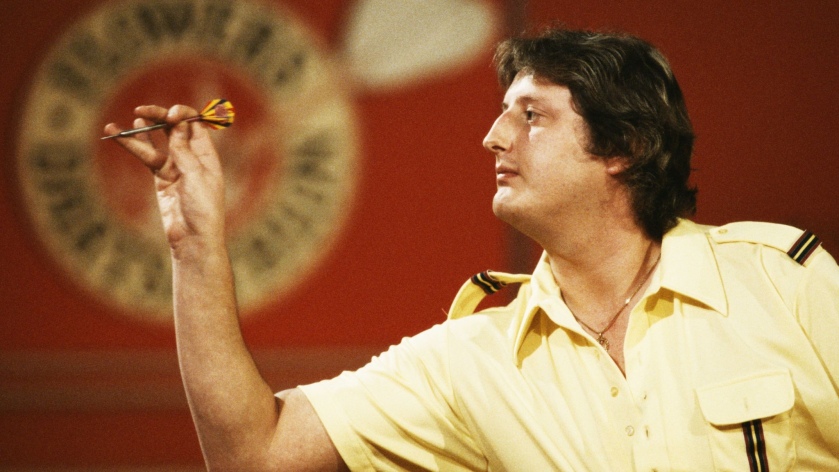 Bristow, who dominated the sport in the 1980s, winning three successive world titles between 1984 and 1986, was at the Echo Arena in Liverpool to watch a Premier League fixture when he was taken ill and collapsed.

A statement from the Professional Darts Corporation (PDC) later confirmed his death.

Barry Hearn, the promoter who helped transform darts from the bar room to the big screen, described the man known as the Crafty Cockney as a legend of British sport.

“It’s just unbelievable. He was working as normal in hospitality, started feeling ill and collapsed and died. Our thoughts go out to his wife and family because this has come as a massive shock to the whole sport of darts,” Hearn said.

“He was a tremendous player and a huge character and even after his retirement fans would travel for miles to meet him and see him play.”

News of his death was greeted with a rendition of “There’s only one Eric Bristow” by fans at the Echo Arena as Peter Wright and Daryl Gurney stopped playing after breaking down in tears.

Keith Deller, the 1983 world champion who beat Bristow in that final, said: “I’m devastated, me and Eric were together all the time. What he’s done for our game, if it wasn’t for Eric, no one would be here tonight.”

Born in Hackney, Bristow shot to fame as a 23-year-old when he beat Bobby George in the final of the 1980 British Darts Organisation world championships, beating John Lowe the following year to retain his title.

His success coincided with increased television coverage of the sport and his lightning quick action and supreme ability ensured he became a household name – a status he thrived upon. After a shock defeat in 1982 and his loss to Deller, Bristow’s hat-trick of titles underlined his status as darts’ first real superstar.

“When Alexander the Great was 33 he cried salt tears because there were no more worlds to conquer,” legendary darts commentator Sid Waddell famously declared following another of his thrilling victories. “Bristow is only 27.”

But the 6-0 thrashing of Dave Whitcombe in 1986 proved to be his last world title due to the onset of a psychological condition known as dartitis – which meant he was unable to release darts in the fluid manner for which he had become famous. He still went on to reach the final three more times, before helping to lead a breakaway of the game’s leading players to form the World Darts Council in 1993, an organisation that later became the PDC.

Bristow also played a key role in mentoring 16-time world champion Phil Taylor and also moved into broadcasting with Sky Sports after retiring from the sport in 2000. He was sacked in 2016 after describing abuse victims of former Manchester City and Crewe Alexandra coach Barry Bennell as “wimps” and “not proper men” on Twitter. He later apologised for acting like a “bull in a china shop”.

“Eric was never afraid of controversy, but he spoke as he found and was honest and straightforward, which is what people admired about him,” said Hearn. “The PDC, and the sport of darts, will miss him.”

Matthew Porter, the PDC’s chief executive, posted on social media that he had been with Bristow before he collapsed: “Awful evening here in Liverpool. Was with Eric earlier and he was in great spirits. A massive character. There are tears for a legend backstage here tonight.”