A late bloomer, who appeared in 19 B-movies over 12 years before becoming a star at age 33, Nicholson has nonetheless spent most of his life as one of the most beloved and familiar actors alive. Still, as prominent as Nicholson has been, there’s a lot about him that remains little-known. (Like that Thompson anecdote.) Here, then, are 25 facts about his mysterious parentage, his early years toiling in Hollywood obscurity, and even his famous career highlights and relationships, that suggest you don’t really know Jack. 1. Nicholson’s middle name is Joseph. 2. His hometown is Neptune, N.J., near Asbury Park on the Jersey Shore, but he was born in Bellevue Hospital in New York City. 3. The reason he was born 50 miles away from where his family lived is that they wanted to keep the circumstances of his birth a secret. His mother, June, was a teenage showgirl; his father was unknown, though musician Don Furcillo later claimed to be the father and that he had committed bigamy by marrying June, as he was already married at the time to another woman. To protect the Nicholson family’s reputation, June gave birth out of town, and her mother, Ethel, raised young Jack as her own.

Nicholson grew up believing his grandmother to be his mother and his mother to be his sister. 4. Nicholson didn’t learn the truth about his mother and grandmother until 1974, when he was 37 and already famous; the facts were dug up by a Time magazine reporter doing a profile on the actor. Both June and Ethel were already long since deceased. 5. As a young man, Nicholson worked a number of odd jobs, including Jersey Shore lifeguard. After high school, he moved to Los Angeles, where he moved in with June, and supported himself in part with racetrack winnings.6. His first show business job was on the MGM lot as an assistant to animators William Hanna and Joseph Barbera, then best known for the Tom & Jerry cartoons. Noticing his sketching talents, the animators offered him a job in the art department. Had he not decided to become an actor, he might have spent the rest of his life drawing Tom & Jerry or Scooby-Doo. 7. Nicholson made his film debut at 21 as the lead in the low-budget crime drama “The Cry-Baby Killer.” The film marked the beginning of his decade-plus affiliation with producer/director Roger Corman. 8. Nicholson’s most famous early role was as the masochistic dental patient in Corman’s “Little Shop of Horrors” (1960). 9. Nicholson, Bruce Dern, and Harry Dean Stanton became friends during the early 1960s when they were all struggling actors, finding work where they could in westerns or TV guest spots. Nicholson and his menacing grin were unlikely guests on not one but two episodes of “The Andy Griffith Show.”

10.He was so fond of Stanton that he found a way to write his pal’s name or initials in nearly every film he made, whether it was a graffito on a wall or carved into a tree. 11. In 1963, Nicholson turned to screenwriting with political thriller “Thunder Island.” He also scripted “Flight to Fury” (1966), in which he played a jewel thief struggling to stay alive after a jungle plane crash; “Ride in the Whirlwind” (1966), a western in which he played a cowboy mistaken for an outlaw; and “The Trip” (1967), starring pal Dern as a troubled man who tries LSD for the first time. After he became famous, he co-wrote and directed the college basketball drama “Drive, He Said” (1971). 12. Nicholson collaborated with the Monkees. He wrote their 1968 film “Head,” a trippy collection of music-video vignettes. The director was Bob Rafelson, who’d later direct Nicholson in five movies, including “Five Easy Pieces,” “The King of Marvin Gardens,” and “The Postman Always Rings Twice.”13. Rip Torn inadvertently gave Nicholson his big break. Torn was to play lawyer-turned-biker-dropout George Hanson in “Easy Rider,” but he got into a fight with director Dennis Hopper that nearly turned violent. Hopper fired him and cast Nicholson in what turned into the 33-year-old’s breakthrough part. 14. Another breakthrough came in the movie “Five Easy Pieces,” with its famous scene where Nicholson tries to order toast from a by-the-book diner waitress who’ll only serve it to him as part of a chicken salad sandwich. (He tells her to hold the chicken salad “between your knees.”) Nicholson claimed that this really happened to him, at a Hollywood restaurant called Pupi’s, and that he told the film’s screenwriter, Carole Eastman, who wrote the incident into the script.

15. In the early 1970s, Stanley Kubrick cast Nicholson as Napoleon in a biopic, but the plans for the film fell through. The director and actor would finally work together nearly a decade later in 1980’s “The Shining.” 16. The actor’s first Oscar came for his role as rebellious mental patient Randle Patrick McMurphy in 1975’s “One Flew Over the Cuckoo’s Nest,” but he wasn’t the first or even second choice for the role. He got the part only after Marlon Brando, Gene Hackman, Burt Reynolds, and James Caan turned it down. 17. Nicholson and Brando, who co-starred in the 1976 western “The Missouri Breaks,” were longtime neighbors on Mulholland Drive in the Hollywood Hills. Brando used to stop by, ransack Nicholson’s fridge, and leave behind his underwear. After Brando died in 2004, Nicholson, as a gesture of respect, bought Brando’s decaying home and knocked it down. 18. Nicholson was married only once, to actress Sandra Knight, from 1962-68. They had a daughter, Jennifer, born in 1963. 19. He has at least three other children, two via his early-1990s relationship with actress Rebecca Broussard: Lorraine (born in 1990) and Raymond (1992). He also had a daughter, Honey, in 1981, by model Winnie Hollman. “Five Easy Pieces” co-star Susan Anspach has claimed Nicholson is the father of her son Caleb (born in 1970), but he has never publicly acknowledged paternity. Nicholson biographer Dennis McDougal claims that the actor finally forged a relationship with Caleb when he was a teenager and paid his way through college. 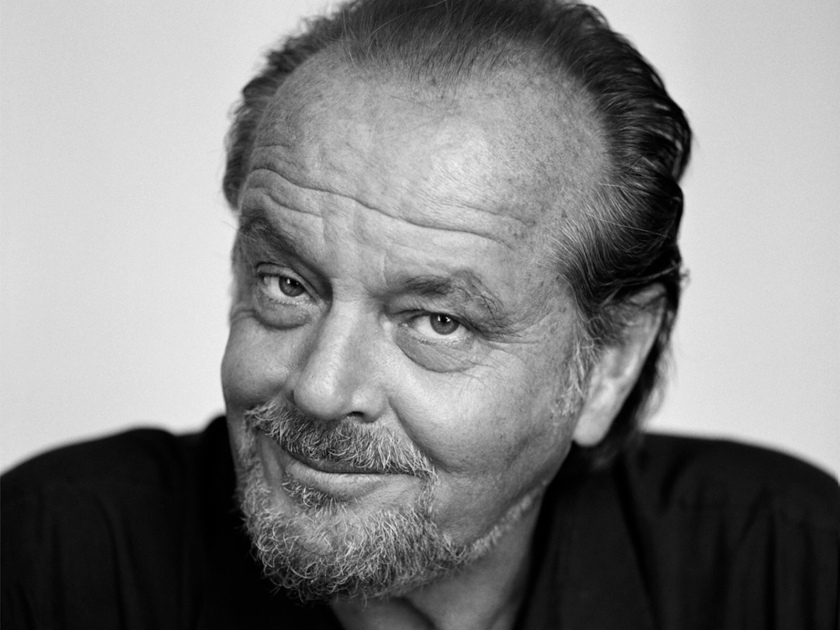 20. Nicholson’s longest-term relationship was, of course, his 17-year romance with Anjelica Huston, who lived with him for most of that time. During those years, they appeared together in “Prizzi’s Honor” (directed by her father, John Huston), which proved her breakthrough role and earned her an Oscar. She left him in 1990 after he could no longer hide his affair with Broussard. Sean Penn coaxed Nicholson and Huston to work together once more in his 1995 film “The Crossing Guard.” 21. The devilish lead role in “The Witches of Eastwick” was initially supposed to go to Bill Murray, but the comic actor dropped out. Huston, who was due to screen-test for one of the three female leads in the film, told the director that Nicholson was interested in playing Daryl Van Horne, and he was signed within hours. Huston then auditioned but the part she wanted ultimately went to Cher.22. Nicholson has directed three films: “Drive, He Said” (1971); “Goin’ South” (1978) a western in which he also starred as an outlaw; and “The Two Jakes” (1990), a sequel to 1974’s “Chinatown,” in which he reprised the role of private eye J.J. Gittes. 23. Even though he played the villain in 1989’s “Batman,” he got top billing over Michael Keaton as the title character. He also made sure he got a percentage of the merchandising, meaning his role as the Joker netted him between $60 and $90 million. 24. In a notorious 1994 road-rage incident, Nicholson infamously smashed up another driver’s Mercedes with a two-iron. The star’s golf instructor took pride, noting that, to do that kind of damage, “you have to have a near-perfect grip and a killer shoulder turn… and I taught those to Jack Nicholson.” 25.With three acting Oscars on his shelf, Nicholson is tied with fellow three-time winners Walter Brennan, Ingrid Bergman, Daniel Day-Lewis, and Meryl Streep; the only actor ever to earn four was Katharine Hepburn. He’s been nominated 12 times, which ties him with Hepburn for nominations and puts him second only to Streep (19 so far).