A nebula is a giant cloud of dust and gas in space. Some nebulae (more than one nebula) come from the gas and dust thrown out by the explosion of a dying star, such as a supernova. Other nebulae are regions where new stars are beginning to form. For this reason, some nebulae are called “star nurseries.” 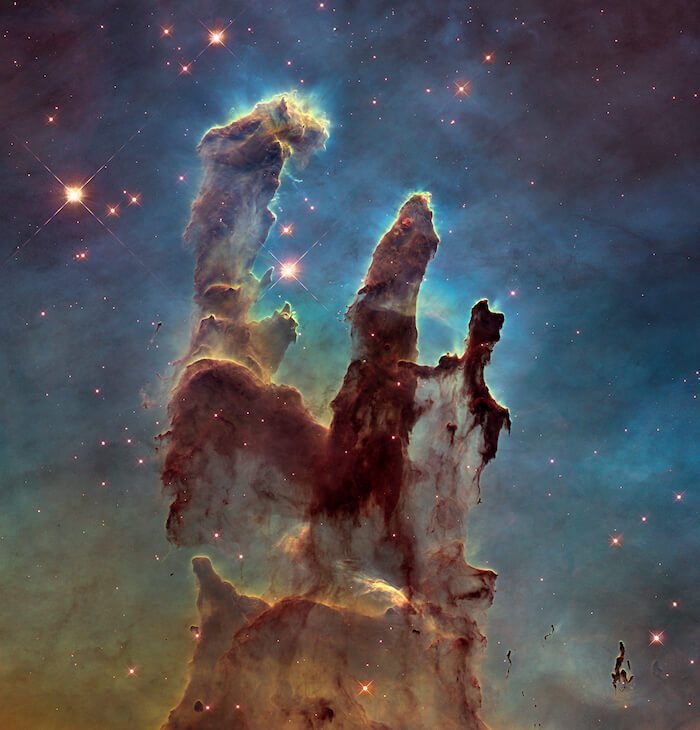 These towers of cosmic dust and gas make up part of the Eagle Nebula. These so-called Pillars of Creation are part of an active star-forming region within the nebula. Credits: NASA, ESA and the Hubble Heritage Team (STScI/AURA)

How do stars form in a nebula?

In this image of the Carina Nebula, you can spot tiny yellow and white dots inside pink dust clouds. Those tiny dots are newly-formed stars! Credit NASA/JPL-Caltech/University of Colorado

Nebulae are made of dust and gases—mostly hydrogen and helium. The dust and gases in a nebula are very spread out, but gravity can slowly begin to pull together clumps of dust and gas. As these clumps get bigger and bigger, their gravity gets stronger and stronger.

Eventually, the clump of dust and gas gets so big that it collapses from its own gravity. The collapse causes the material at the center of the cloud to heat up-and this hot core is the beginning of a star.

Nebulae exist in the space between the stars—also known as interstellar space. The closest known nebula to Earth is called the Helix Nebula. It is the remnant of a dying star—possibly one like the Sun. It is approximately 700 light-years away from Earth. That means even if you could travel at the speed of light, it would still take you 700 years to get there! 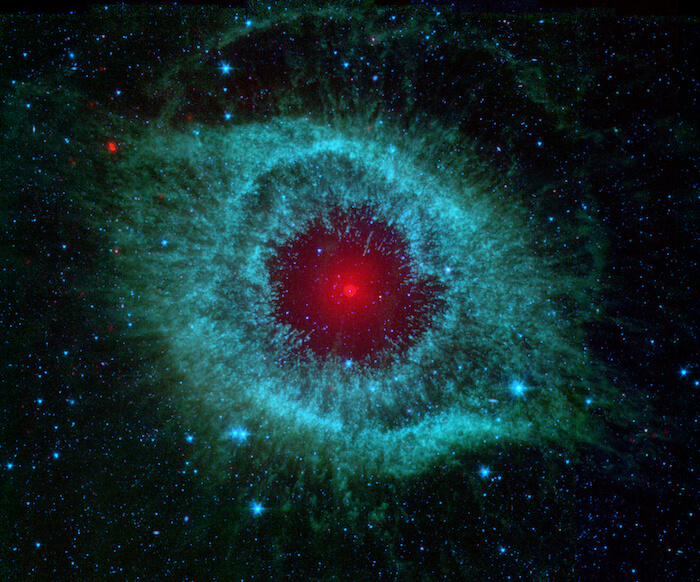 This image might look like a creepy eyeball, but it’s actually a nebula! NASA’s Spitzer Space Telescope captured this image of the Helix Nebula, which is located in the constellation Aquarius-about 700 light-years away from Earth. Credit: NASA/JPL-Caltech/Univ. of Arizona