Do you want wide, meaty, broad shoulders but have failed at every attempt? Do you chalk it up to bad genetics or a lack of the newest piece of gym equipment? Have you tried everything in the book when it comes to shoulder training without an ounce of new muscle to show for it?

Below are 9 reasons why you can’t build big shoulders. Give some serious, honest thought to your current routine and finally get an idea at what you can improve on and bigger shoulders will be on their way with your very next workout.

1. The problem: You treat deltoids as an afterthought

Focusing a great deal of attention on chest, back, and legs is a good thing. After all, these are the biggest areas of the body to give you the most mass and strength. But going to the point of flat out neglecting your deltoids won’t go very far regarding building huge, muscular shoulders.

The Fix: Start to prioritize your deltoid training. Either train them on their own day or first during an arm workout, for example. Don’t think of your shoulders as small, weak little muscles that don’t require a significant amount of volume. Treat each head (anterior, medial, posterior) as a separate muscle to be trained. When it’s time to train shoulders focus on the task at hand and dig deep into your arsenal for the very best, most effective exercises available.

2. The problem: You’re using too much weight with poor form

Are you guilty of turning a shoulder press into an incline bench press and only using half of the range of motion? Bottom line: You’re using too much dang weight! What about dumbbell lateral raises? Are you contorting, swinging, and flailing like a confused moth? How’s that working for you?

The Fix: The absolute best remedy is to cut your current weight to at least half and practice perfect, textbook form. Yes, I use the word practice here for good reason. Your job is to practice these movements the way they were meant to be done to help your shoulders relearn patterns of movement, proper contraction and control and to avoid injury. Once you focus on these factors, then you will start to see improvements in muscle mass and real, functional strength. 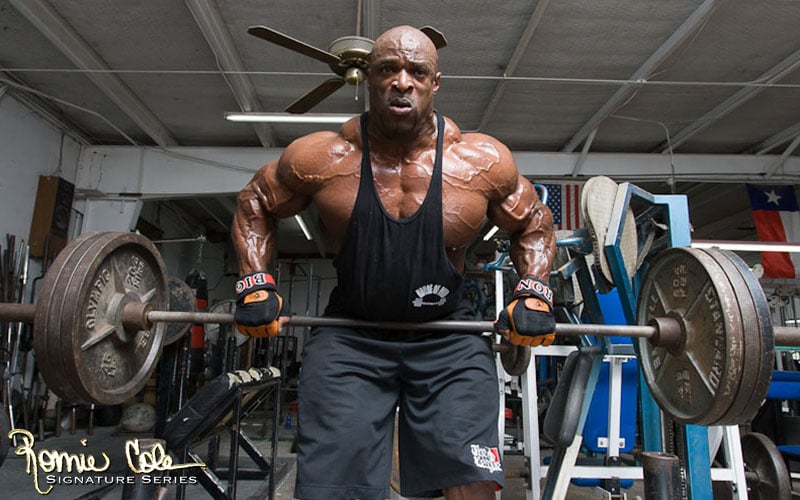 3. The problem: You’re doing too much anterior deltoid work

The next time you are in the gym and someone is training deltoids, watch closely. Are they performing dumbbell presses, machine/Hammer presses and some sort of front raise? In reality, that is a ton of front delt (anterior) work. Not only is this overkill, it may also impact other lifts later in the week such as bench presses in a negative way.

The Fix: Limit a shoulder workout to one multi-joint overhead pressing movement and possibly (if you feel it’s a weak point) a higher rep front raise. This will ensure that you aren’t overdoing it on your front delts so you can put a little more attention toward working on building balanced shoulder development.

4. The problem: You’re not contracting your deltoids correctly

This problem goes hand-in-hand with executing proper form. Once you compromise form for lifting more weight the idea of effectively contracting the targeted area goes out the window. If lifting more weight is your top priority you will start to recruit other muscles to help lift the weight and compromise your safety along the way.

The Fix: Again, by focusing on correct form and deliberate contraction of the working muscle, you will properly stimulate the muscle for better results, period. For example, don’t lean back so far that you turn a shoulder press into an incline chest press. Sit upright, lower the dumbbells until they are nearly touching your shoulders, and then raise the weight without clanging them at the top. Elbows back and in-line with your shoulders, slow and steady.

5. The problem: Your reps are too low

Unless you are going for a 1 rep max or trying out for a powerlifting meet, there is really no need to pile on the weight and shoot for super low reps for shoulder training. For the average lifter chest and back training provide plenty of the heavy stuff.

The Fix: If you’ve been on a heavy weight binge lately, lighten up a little and try performing some higher reps for a change. Notice I said higher reps and not easy reps. The fact that you will go a bit lighter doesn’t mean it will be a walk in the park. You will still work to failure on each set. Shoot for 10 to 20 reps for a while. You will quickly find the higher reps will put you more “in touch” with your muscle fibers and you’ll get a huge pump along the way.

6. The problem: You’re not working the medial deltoids enough

Muscular shoulder width is largely determined by the size of your medial (middle) deltoid heads. These are the heads that give you that wide, V-tapered look. However, a lot of gym-goers don’t give their medial heads their due. Instead they focus on presses and then throw in a few lateral raises for good measure.

The Fix: If wide is what you want then it would be wise to prioritize your medial delts more than any other deltoid head. Standing and seated side laterals, barbell and dumbbell upright rows, dumbbell and cable one-arm side laterals and various side lateral machines are all at your disposal. Include at least 2 medial deltoid head exercises in your program in order to ramp up gains.

7. The problem: Your program isn’t balanced

Many points above all come down to balance. Training your shoulders with tons of presses, a little lateral work and virtually no posterior (rear delt) work isn’t considered a very comprehensive, balanced program. Additionally, if you stay down that road of imbalance your physique will show it – out of proportion and forward-hunched shoulders.

The Fix: If you are one of the guilty ones out there who press too much then the answer is fairly simple. In addition to performing 2 medial delt exercises, add in 2 posterior delt exercises as well. Doubling-up on these areas will slowly get your physique in balance and proportion all the while getting you the muscle mass you need in the right areas. 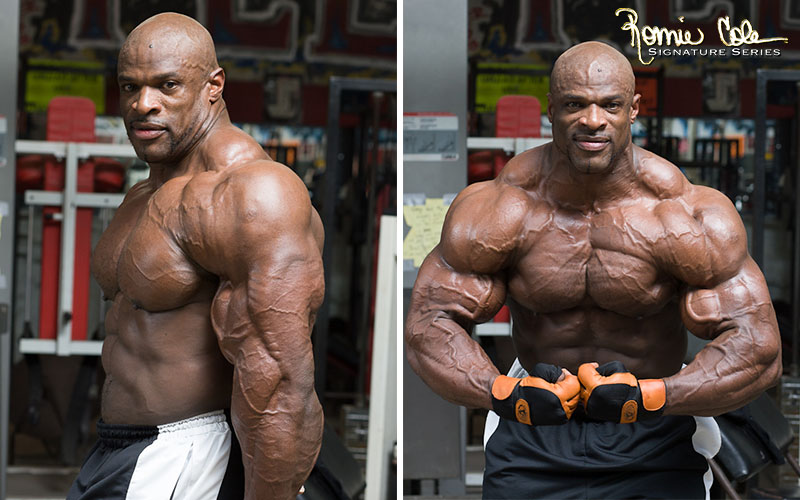 8. The problem: You’re not using supersets and giant sets

Are you stuck in the straight set mentality? If so, I bet your shoulder training is quite boring if not mind-numbing. It’s hard to stimulate any new growth with the same ole routine week after week. Your delts are screaming for something new!

The Fix: Deltoid work is one of the best opportunities to take advantage of supersets and giant sets. Since most exercises can be performed with dumbbells gym space and monopolizing equipment aren’t issues. A simple giant set could look something like this: Standing dumbbell side laterals, bent-over dumbbell rear laterals, Standing dumbbell overhead presses, dumbbell upright rows. Do 3 to 5 rounds of 10 to 20 reps each, rest 2 minutes between each giant set.

9. The problem: Your frequency is too low

Another factor to give serious consideration to is your frequency training shoulders. Once per week seems to be the norm for most gym-goers these days. I’m sorry to say, that just won’t cut it if your goal is to prioritize a weak point. Why wait an entire week to train your delts again?

The Fix: Let’s do the math: If you train shoulders once per week you will have 52 chances per year to stimulate growth. If you train them twice per week you instantly increase those chances to 104. Which will get you to your goal of better shoulders faster? Sometimes all you may need is a bit higher frequency in order to get those gains going. Additionally, the fact that you will train them twice per week will actually require a little less volume in your routine since you’re hitting them more often.