As someone that travels into Canary Wharf each day, it’s quite sad seeing 99% of commuters with their necks arched over staring at their little screens. This is society across the board now. The consumption of disposable content.

Then I came across this article about a site posting candid shots of commuters deemed ‘hot’. I was

More curious to know anyone else’s thoughts on this, if you or your partner were snapped and featured, how would you feel?

It was a Friday evening on a Piccadilly line carriage packed with people making a beeline for the pub. George Weir was one of them. He’d swept his hair into a quiff and was tanned from a recent trip to Ibiza, where he runs a boat charter company. Little did he know this relatively unremarkable journey to Camden would be immortalised on a website where men are rated on their looks.

Paying homage to the homme 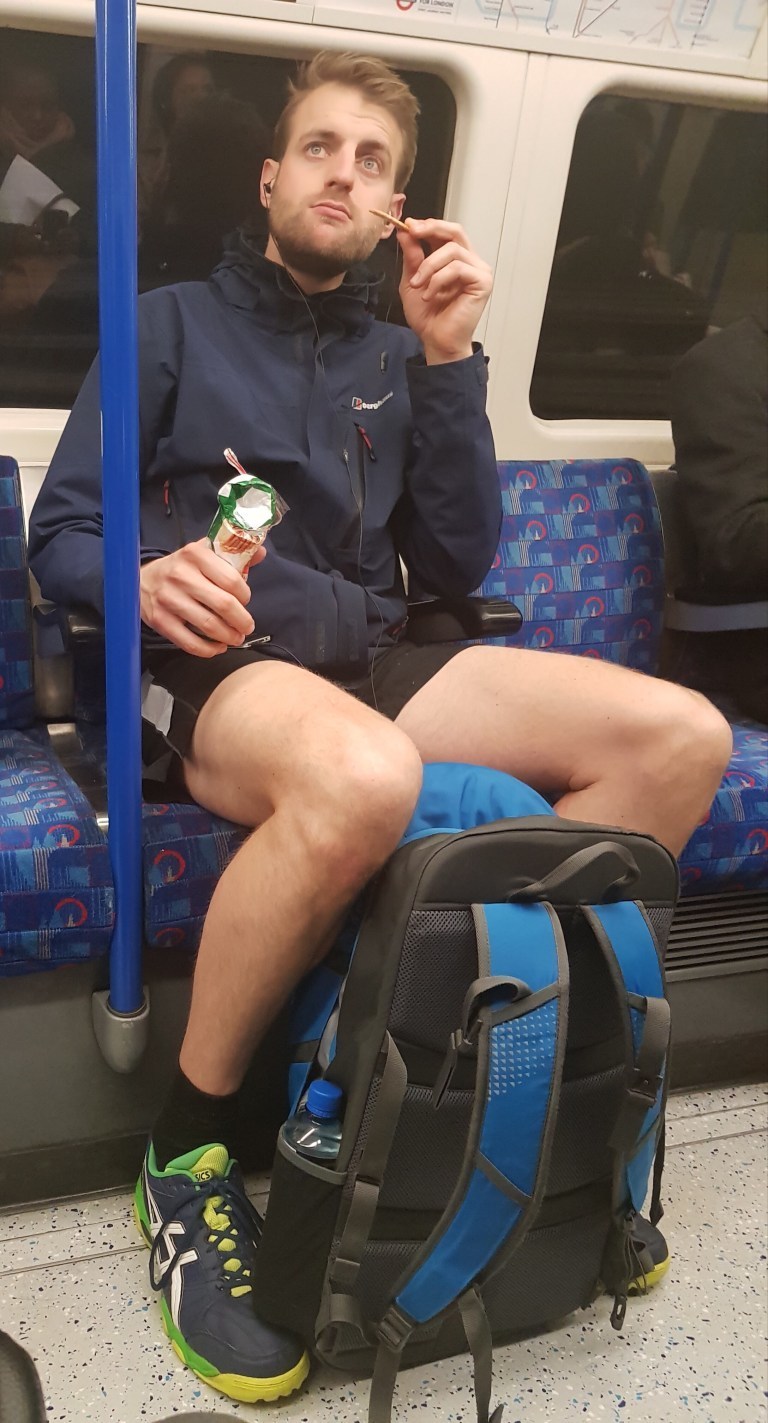 Tube Crush has been ‘paying homage to the homme’ since 2011. Over the years, this digital gallery, where unsuspecting men are framed by innuendo-heavy captions, has attracted the attention of three million users. Founder, Steve Motion says he launched Tube Crush “as a way to share the people we feel attracted to on our daily commute that we’re quite frankly too shy to speak to because the tube is always so quiet.”

Never mind that taking a sneaky pic of someone doesn’t exactly break the silence (unless you get caught), there’s obviously a market for finding romance on your route to work, from the Metro’s Rush Hour Crush to hook up apps such as Happn, where you can chat with people who have crossed your path. 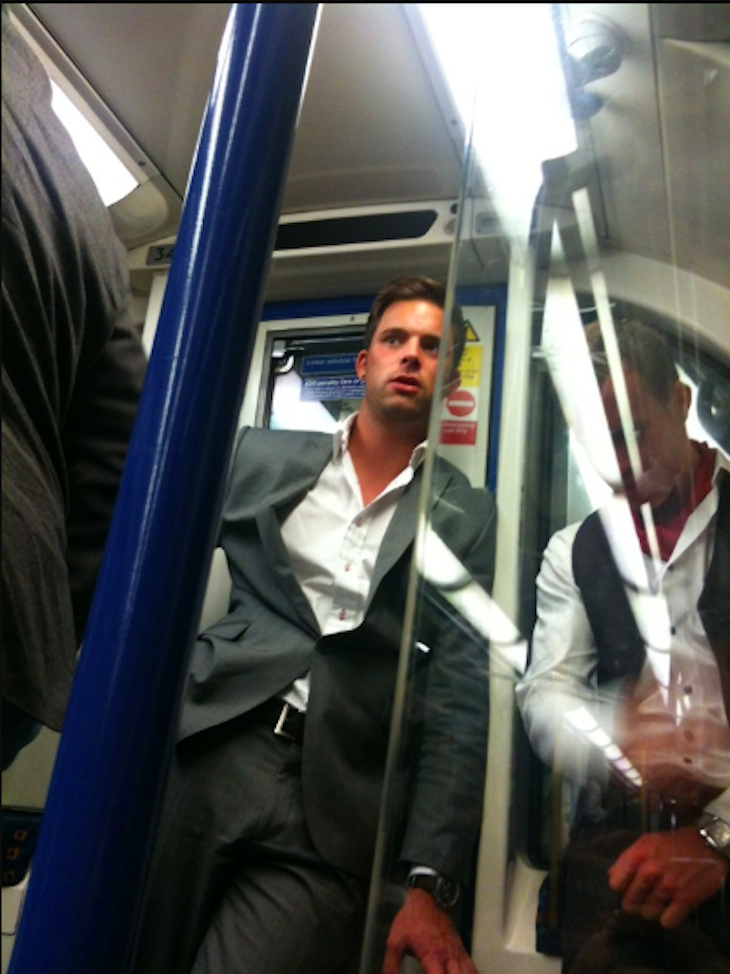 But neither of those have provoked the kind of controversy that courts Tube Crush. Controversy that isn’t going away anytime soon. Picture that first scene, but it’s a woman who is being photographed without her permission. It’s something Motion hopes to have in place by the end of the year, as part of a plan to branch into the world of online dating. 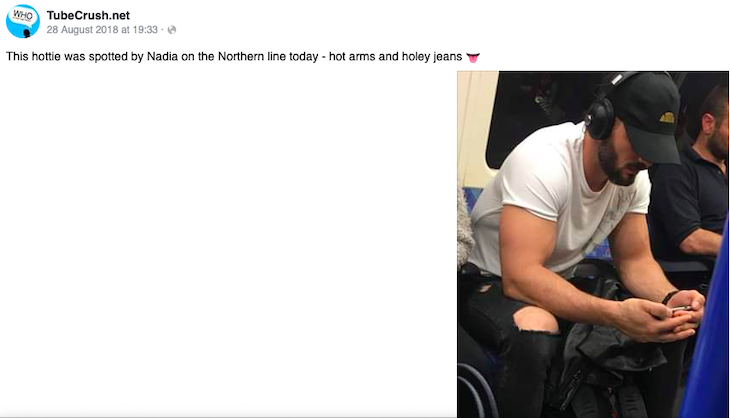 So, how does it feel to have your photo hung on this digital hall of fame? Weir, now in his 30s says he took the post as a compliment: “If someone wants to celebrate the way I look enough to upload my photo online then obviously that’s a confidence booster. However, I do think it wouldn’t go down too well if it was a man taking photos of a woman. If I was sat on the tube and I saw someone slyly taking a picture of a girl, I’d think, ‘oh you’re a bit of a perv’, but if I saw a girl taking a picture of a guy I’d think it was funny, I don’t know why that is — maybe it’s just the way we’ve been educated as a society.”

Weir is one of the few guys to have appeared on the site twice but he accepts it as just part and parcel of modern urban life. “We’re used to being on CCTV and in the background of photos every day, so I think it’s fine if someone’s taking a photo of me when I’m out in public on public transport.

“If someone was taking a photo of me through my apartment window then that’s a different story.”

“Their partner wasn’t as comfortable with the image being online” 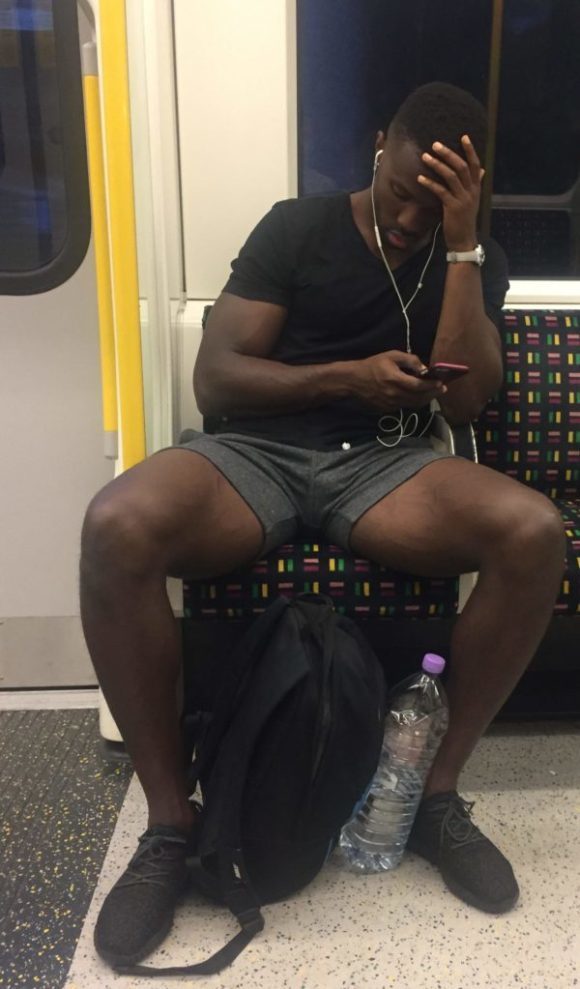 Yet what counts as an ego massage for some might feel like an uncomfortable invasion of privacy for others. Since launching eight years ago, Tube Crush has received around 20 photo removal requests. “These were from guys who were generally flattered to be included but would prefer their picture be removed because of their work or because their partner wasn’t as comfortable with the image being online”, says Motion.

The lack of outcry could simply be down to men not being aware that their photo is plastered across the site (under tags such as ‘boy next door’, ‘classically good looking’ and simply, ‘arms’) or it could, as Weir suggested, be down to younger generations who have grown up camera-ready. Selfies aside, London is one the most surveilled cities in the world. There are more CCTV cameras in Oxford Circus than the whole of Manchester.

Motion reckons we can’t help who we fancy and his website is a reflection of that. “A recent study by the University of Coventry found that the posts with the highest likes could be linked to a ‘narrow ideal’ of man, however, we believe that beauty is in the eye of the beholder. If you find someone attractive because they go to the gym and look after themselves, then there is nothing wrong with that.” 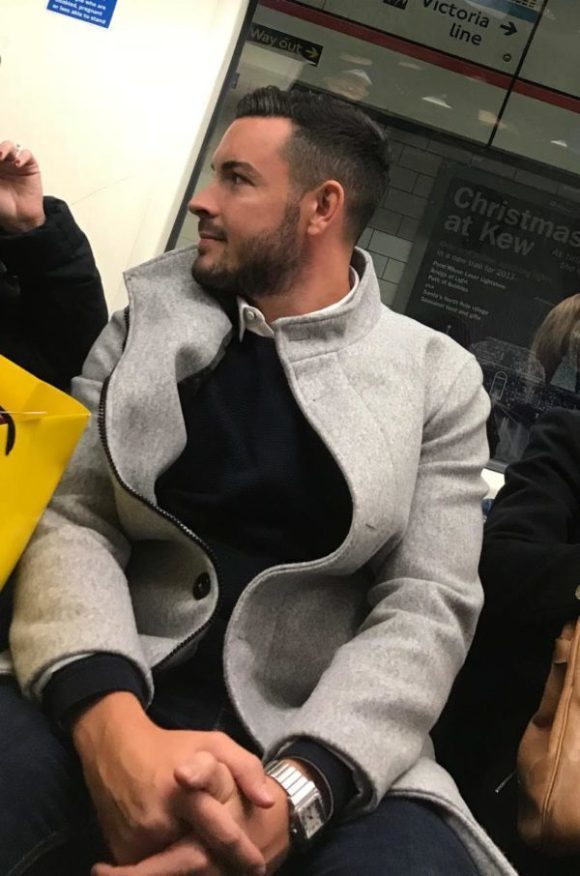 Dr Adrienne Evans, the media and communications lecturer behind that Coventry University research found that the dominant type of masculinity on offer is white, wealthy and well-endowed in the, er, muscle department. “Despite the progress feminism has made, these images really haven’t changed that much. So you find we still have these very normative ideas about what should be desirable,” says Evans who thinks celebrated traits such as physical strength and wealth are problematic for a society which has a history of physical and economic violence against women.

Yet the issues don’t stop there. According to the last census of England and Wales, London has the smallest percentage of White British people, at 44.9%, but you wouldn’t know this from browsing Tube Crush. 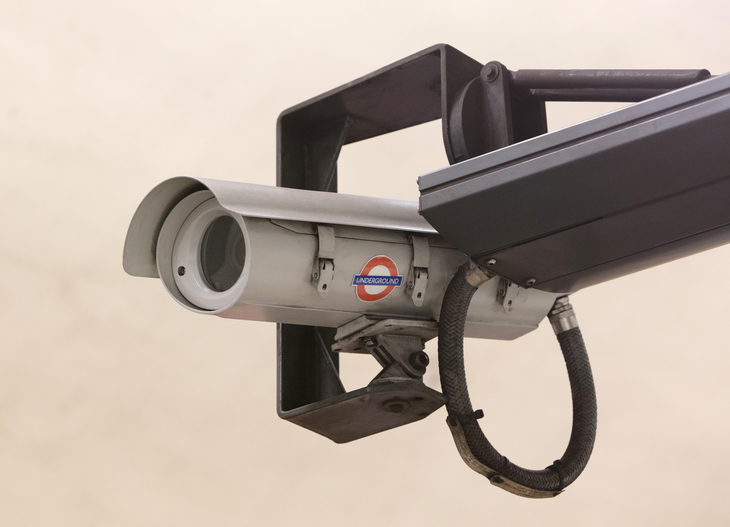 It’s all very well if you’re the possessor of bulging biceps and an expensive watch, but falling short of society’s expectations can’t do wonders for a guy’s self-esteem, particularly when we consider that, in the UK, suicide remains the single biggest killer of men under the age of 45. “Ranking strangers based on their appearance only furthers the idea that people are only worth how ‘good’ they look in relation to rigid and harmful societal standards,” says Molly Ackhurst from Hollaback! an organisation which campaigns to end harassment in public spaces.

Ethical considerations aside, there is humour to be found in the comments and captions, says Dr Evans, who also thinks “there’s something wonderful in bringing together the desires of straight women and gay men as historically there exists that shared oppression”. And for regular Tube Crush contributor Nadia Leguel, the website is just a game between her and mates to see who can snap the hottest guys. Beats reading the news in the morning, right?

“If men’s photos appear on the site without their permission, then the same should be allowed for women” 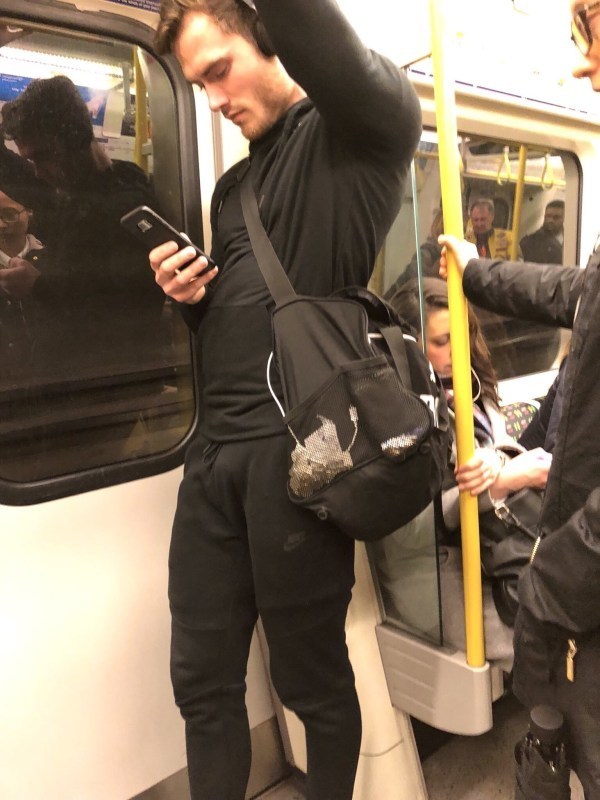 It’s this lighthearted, tongue-in-cheek tone, which Motion brings up when I ask how he would ensure the female version of the site didn’t objectify women or foster a space where harassment could flourish. “Tube Crush has set the tone over the last eight years that our site is jovial and we plan to keep it that way. We have been avid supporters of organisations such as Hollaback! London and we will update our site guidelines to ensure users know what is acceptable and what is not.”

I ask Leguel, 45, whether she feels empowered when she takes a photo and how she would react if she were to encounter her own face on the site. “I don’t believe control is gender specific anymore. In whatever situation — whether sexual, romantic, professional etc, a person should feel empowered because of their circumstances rather than their gender. If men’s pictures appear on the site without their permission, then the same should be allowed for women — it has to work both ways.”

While Nadia may be lucky enough not to have encountered gender-based discrimination, charities such as Hollaback! wouldn’t be necessary if we were all living in a post-sexist society. Ackhurst isn’t convinced keeping the tone ‘jovial’ is enough to protect women, girls and gender non-conforming people from feeling like they have been objectified. “Minimising sexual violence by pretending it is one big joke and ‘not that bad’ is something we hear every day. And it is what has — and continues — to silence survivors.

“Tube Crush must take seriously the impacts which their planned changes will have on the lives of many women, girls and gender non-conforming people, and if they truly are ‘avid supporters’ of the work of Hollaback! London we believe they should take down their website.”