Ever since making his professional acting debut in the Australian drama Law of the Land nearly 25 years ago, and appearing as Wolverine for the first time in Bryan Singer’s X-Men (2000), Hugh Jackman has rightfully earned his title as “one of the nicest guys in Hollywood.”

Whether flexing his action muscles as Wolverine, getting emotional (and musical) in Les Misérables, or showing off his dance moves in The Greatest Showman, Jackman can seemingly do it all.

In celebration of the Oscar nominee’s 50th birthday, here are 10 things you might not have known about Hugh Jackman.

1. RUSSELL CROWE WAS THE FIRST CHOICE TO PLAY WOLVERINE.

After all these years, it’s hard to imagine Wolverine as anyone other than Hugh Jackman. However, it’s all thanks to Russell Crowe—who was actually the first choice for the role—that Jackman got the role.

Crowe instead suggested that his friend, a then-unknown Australian actor named Hugh Jackman, take his place. Despite the recommendation, Dougray Scott was selected to play Wolverine, but due to last-minute scheduling conflicts with his role in Mission: Impossible 2, Scott was forced to drop out. Finally, Jackman was given the role—and the rest is history. (Looks like the third time really is the charm.)

3. HE MET HIS WIFE ON THE SET OF HIS FIRST MAJOR ACTING JOB.

Jackman’s first real TV break was in 1995 on a one-season, 10-episode prison drama called Correlli. In the series, Jackman played an inmate named Kevin Jones, who had an ongoing flirtation and romance with his psychologist, played by his now-wife, Deborra-Lee Furness. Jackman and Furness’s romance blossomed both on and off-screen, and the two tied the knot one year later. They have been married ever since, and have two children together.

4. JACKMAN’S MOTHER LEFT HIS FAMILY AT AN EARLY AGE.

Although Jackman was born in Australia, his parents are natives of England. Jackman is the youngest of five children, and when he was eight years old, his mother left his family and moved back to England, leaving his father to raise him and his siblings alone.

Five years later, Jackman’s father went to England in the hopes of reconciling with his wife. “”Dad went off to England to bring her back, but by this point she was married to someone else, with a kid,” Jackman told The Hollywood Reporter. “It was really complicated. So when Dad arrived back—not three weeks later, as planned, but five days later—I just knew. I was old enough to go, ‘This is not happening.'”

Jackman has admitted that he used the anger he felt about that abandonment, especially how strongly he felt it as a teenager, to help him play Wolverine.

5. HE DREAMED OF BEING A JOURNALIST.

Jackman attended the University of Technology in Sydney, where he studied communications in the hopes of becoming a journalist. Back then it was his goal to become an international freelance journalist. However, by the time Jackman’s senior year rolled around, he found he was a few credits short. He added a drama class to his schedule, and we think you can guess what happened next.

6. HE PLAYS SEVERAL INSTRUMENTS AND PRACTICES MEDITATION AND YOGA TO RELAX.

Though it’s probably not surprising given his obvious musical talent, Jackman plays three instruments: the piano, the guitar, and the violin. Additionally, given how stressful life in the spotlight can be, Jackman says he has been practicing Transcendental Meditation for nearly 30 years now. Jackman’s Kate and Leopold co-star, Meg Ryan, turned him on to yoga, another source of relaxation for the actor.

7. HE’D LOVE FOR TOM HARDY TO BE HIS WOLVERINE SUCCESSOR.

In 2015, MTV UK asked Jackman who he’d like to replace him for the role of Wolverine if there were to be a reimagined, younger version of the character. Though Jackman joked about not wanting to give the producers any ideas to replace him so easily, without skipping a beat, he said Tom Hardywould be his pick.

As of 2016, Jackman has held the record for playing the same superhero the most times in a live-action film franchise, as he was the only character/actor to appear in all seven chapters of the X-Men series.

9. HE HAS BEEN A FAN OF MUSICALS SINCE HE WAS A KID.

Jackman’s love of musical theater started blossoming when he was just 10 years old. He saw a high school performance of Man of La Mancha, which started it all. Since then, he has had major roles in musical films including Les Misérables and The Greatest Showman.

10. HE HAS A MAN CRUSH ON GEORGE CLOONEY.

If I were a woman which celebrity would I date? I reckon George Clooney because …..ps sorry Amal xx HJ 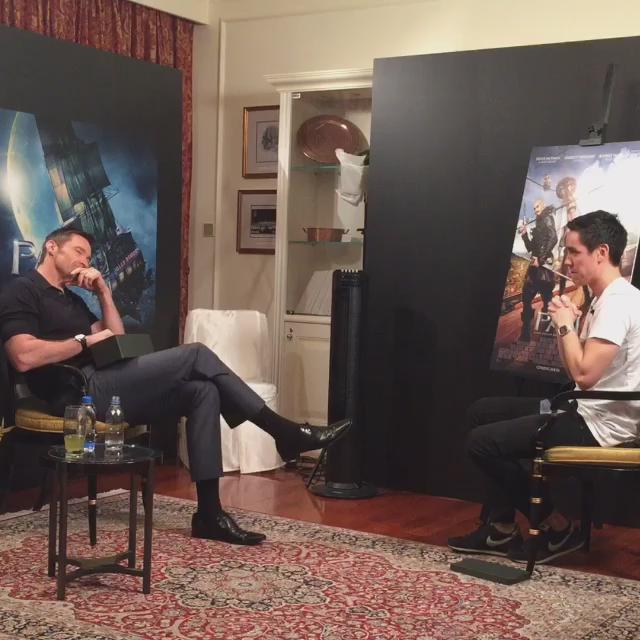 Lastly, and probably the most entertaining fact about Jackman, is that if he were a woman, he’d like to date George Clooney. Yes, this is a question the actor was asked back in 2015, which he quickly answered. Ever the gentleman, he offered his apologies to Clooney’s wife, Amal.

The X-Men will join the Marvel Cinematic Universe, but it might not be until Phase 6 of the MCU. The Disney/Fox merger brought a lot of titles and characters to the Mouse House, among them the Fantastic Four and the X-Men. The mutants’ storyline recently came to an end with X-Men: Dark Phoenix, so the characters are ready for a fresh start in the MCU.

During the Marvel Studios panel at San Diego Comic-Con 2019, Kevin Feige confirmed the X-Men are coming to the MCU, but didn’t give any details. Prior to this reveal, Feige unveiled the slate for the MCU’s Phase 4 and teased two projects in development that could be part of Phase 5, but it’s unlikely that the X-Men will be included in it, with Marvel instead waiting until Phase 6 at the earliest.